Whitehall – In the small Texas town of Whitehall, there’s not a whole lot happening on most days.  You’ll always find folks at the feed store and the Whitehall Café is a popular meeting place but the Whitehall grocery store is where everyone comes to talk.  Now subject is steered around at the store including the hot topic of local politics and the job Mayor Charlie McMillan is doing. 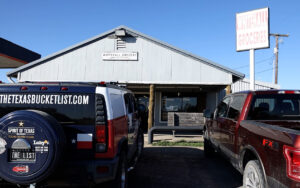 “If you’re here for like an hour, you’ll meet everybody in Whitehall, including the Mayor,” said Whitehall local Don Schoenburg.

“He’s one of the few Mayors that we’ve had, who has run for two terms and been elected twice. And we anticipate supporting him for his third-year term next year,” said Whitehall fire chief Freeman Vickers.

You see it’s hard to say anything bad about the local Mayor considering the little man can barely walk.

“We think he is a tremendous representative of our community and a leader among 18 months old,” said Chad McMillan.

Chad and Nancy Jane McMillan are Charlie’s parents, and they see the Mayor in a whole other light. “Well, he just sleeps on the job and is on the bottle all day,” joked Nancy McMilan. 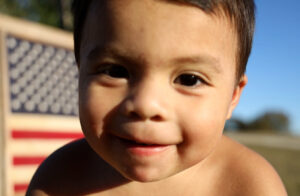 Mark Twain once said, “Politicians and diapers must be changed often, and for the same reason.”  Charlie couldn’t agree more. Now being a parent is already exhausting enough but being parents the Mayor is all sorts of extra work.  You’ve got music lessons, chess lessons, art lessons and of course meet and greets with community members and Texas TV shows.

Now Charlie wasn’t elected into office, he won the position at a charity auction for the town’s volunteer fire department. “It’s the best Mayor money can buy,” joked Freeman Vickers. 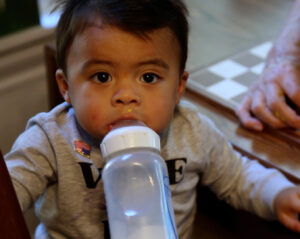 Freeman Vickers is Whitehall’s fire chief and he has no problem with having a baby as a boss. “Well, I’ve answered to younger supervisors in the past, so this is nothing different,” joked Freeman.

“Charlie is not a Republican, he’s not a Democrat. He loves everybody and committed to spreading good cheer and love and encouragement and we think he’s a wonderful example of what a politician could be,” explained Chad.

Now with being an elected official, we just had to know what his responsibilities were.  “Since Whitehall is an unincorporated community there are no legal responsibilities. Charlie has no power but he has great influence. He attends the monthly meetings and is recognized as the leader of the community. His main responsibility is to love people and he does it so effortlessly,” said Chad. 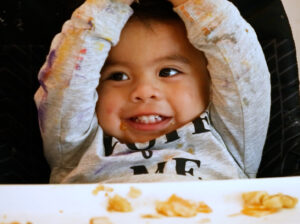 This little mayor also has to have some things he stands for. “Yeah, he has three main platform planks. Pro-life, pro-adoption, and pro-puppies,” said Chad.

Charlie’s parents are obviously very proud of their bundle of joy but just having him here is the greatest gift of all.   You see Chad and Nancy Jane adopted Charlie and they’re doing everything they can to provide him with a life full of love and a little bit of community service. “Charlie thinks that every kid ought to have a shot at life and that there’s lots of families that would love to adopt a baby. We have the privilege of bringing Charlie home from the hospital. After his birth mom handed us this little miracle and he had such an incredible opportunity to come live in a family that would love him and care for him. Live on a farm with lots of farm animals so he wants the world to know that every kid deserves a shot at life,” explained Chad. 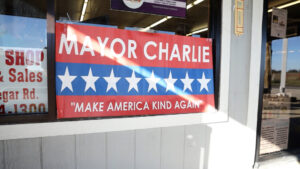 “With a new life there’s also new hope and without new hope, Charlie wouldn’t be here. So we’re thankful for that,” said Freeman.

Charlie’s parents still communicate with his birth mom and give her updates on Charlie’s campaign but most importantly, they tell her thank you for having him. “What we continuously tell her is what a gift she’s given us. And we’re just so grateful to have the opportunity to raise a child together in that there are a ton of families just like us who would love to have the opportunity to pour their hearts into raising a little one and with Charlie’s platform, in a winsome way we can spread the word about what a beautiful gift adoption is and how important it is and how it’s changed our lives. And it’s changed his life,” expressed Nancy.

Being that Charlie’s made it mayor in such a short time, there’s no telling what his future holds as long as his parents keep him under control. “Keep him alive. That’s our number one goal,” joked Nancy.

So if you ever wind up in Whitehall be sure to stop by the ol’ grocery store and you never know, you might just meet the Mayor and that’s well worth a stop on The Texas Bucket List.

“We’re just a nice small community and it’s nice that we can pick a Mayor that we all get behind and appreciate,” said Don.