Fredericksburg – December 7, 1941 a day that’s etched into the minds of Americans despite the fact most of us weren’t around all those years ago.  It’s a day that changed the world and brought the United States to the forefront of World War II.  To learn about sacrifices made by the service men and women who served in the pacific during that time, we headed to of all places, Fredericksburg for a museum that makes you appreciate our way of life here in America. 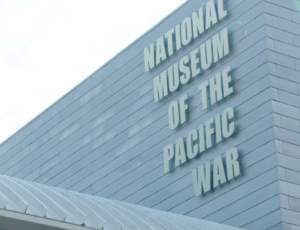 Known for its fertile land full of vineyards and orchards, Fredericksburg showcases a culture of cuisine in central Texas that brings in caravans of customers craving a culinary experience.  But in between picking peaches or enjoying a glass of wine, you’ll find a museum that raises a glass to the greatest generation that ever lived.  “We are standing at the National Museum of the Pacific War, here in Fredericksburg, Texas,” said Amelia White with the museum.

Amelia took us around this massive museum housed in a former grocery store that’s got way more incredible exhibits than you’d expect. “We get that a lot. We get people saying that this is on the caliber with museums that they go to in Washington, D.C. or New York or Houston or Dallas or bigger cities. We are definitely very proud of our world-class museum here in Fredericksburg,” stated Amelia. 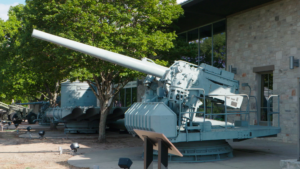 This 6 acre complex is dedicated to the sacrifices made by the service men and women on the pacific front. “We are the only museum in the continental United States that is dedicated solely to telling the story of the Pacific theater,” said Amelia. But why would a museum like this be in the middle of central Texas?  It all has to do with a native son known as Nimitz. The National Museum of the Pacific War is here in Fredericksburg, because Fredericksburg was the birthplace of Fleet Admiral Chester W. Nimitz, who was the commander-in-chief of the Pacific Ocean area during World War II. He was largely in command of the American and joint-allied forces in large portions of the Pacific theater. He and MacArthur split command over most of the Pacific theater. He was a navy man. He graduated from Annapolis, of course, and rose through the ranks of the navy, took over command of the Pacific fleet just after Pearl Harbor. His leadership skills are still, to this day, he’s very widely respected within navy circles,” explained Amelia. 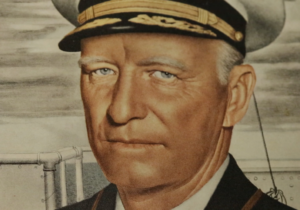 When Nimitz was approached about the idea of a museum in his honor in his hometown, it was a ship that almost didn’t sail. “Admiral Nimitz didn’t really want that to happen. He was a very humble man. He didn’t really want a museum in his honor and he actually said no the first couple times that he was approached about the museum, and finally he came back and said, ‘Yes. You can use my name for this museum, but I want the museum to be focused on the men and women who served under me in the Pacific theater. I want their achievements and accomplishments to be celebrated, not mine,”,” explained Amelia. And that’s exactly what this museum does.  Telling the stories of those who served, and these astonishing accounts are amazing tributes to the American spirit. We got a chance to explore the great and historical artifacts in the museum. 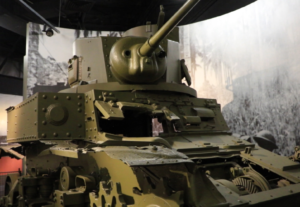 So, this is one of my favorite artifacts in the museum. ““It’s our POW American flag. The story here was that there were three servicemen who were captured as POWs in 1942, during the early stages of the war. They were actually ordered to burn the American flag, The point was that they wanted to destroy the American flag before it could fall into Japanese hands and the Japanese would therefore be desecrating the American flag. They did actually destroy the flag, but before that, they removed the 48 stars. 48, because of course, there were not 50 states in 1942, but they removed the 48 stars and kept them hidden throughout their internment. Very end of the war, when the Americans were about to liberate their POW camp, they actually took the stars out of hiding. They used rusty nails, and other devices like that, material from parachutes, to recreate the American flag and sew those original 48 stars on to it.” explained Amelia while showing us the flag. 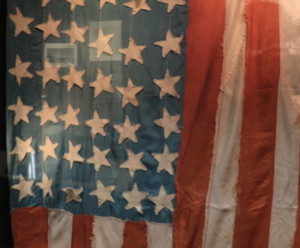 Another amazing exhibit includes Japanese submarine that signified the start of America’s involvement in the war. “This is our Japanese midget sub, It is one that was actually used during the war. Is one of five submarines that the Japanese sent into Pearl Harbor, just before the attack, to sort of divert attention off of the air attack that was coming. This one actually was having navigational problems and it ran aground. One of the crew members was actually killed. This was a two-man crew. The second one did wash up ashore. He was found by American servicemen and he was actually the first Japanese POW of World War II. This was there the day of Pearl Harbor. And then actually, it came back to the United States in early 1942 and the U.S. government sent it around the country on a tour as part of a war-bond drive, to raise funds for World War II. It actually did come through Fredericksburg,” said Amelia while showing us the submarine. 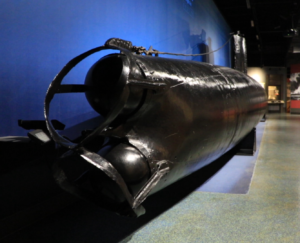 The National Pacific War Museum truly is an amazing exhibit of what it took to make America the leader it was and why the people who answered the call for our country all those years ago truly are the greatest generation that ever lived.

“I think every Texan needs to come here in order to honor the men and women who fought in the Pacific theater and learn more about the sacrifices that they made, as well as learn about the life of Fleet Admiral Chester Nimitz, who is one of our great Texas military figures as well,” expressed Amelia.