Dallas – Whenever you find yourself in Big D admiring the skyline, you might work up an appetite as big as the skyscrapers here.  Just a stone’s throw from those towers is a taco stop disguised as a gas station. 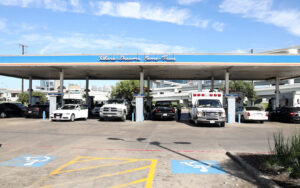 “People may get gas, but they’re coming for the tacos, trust me,” said Tyrone, a Dallas local.

“Authentic street taco inside a gas station has been here for 20 years standing the test of time,” stated Joseph Bickham.

Joseph Bickham is “El Presidente” of Fuel City, a fine place for filling up but the lines for tacos are usually a lot longer than the lines for gas. 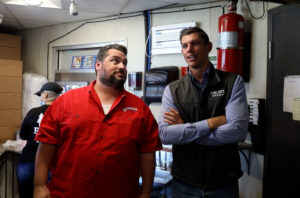 “People attract people, so we enjoy all the activity,” said Joseph.

But it’s not just one window, there are four windows to which you can order your weight in tacos at any time of the day.

“You’re out late and other places are closed, man, it’s packed up in here,” explained Dallas local Oscar Ramirez.

Tacos aren’t the only attraction either, the view of the skyline is sensational and being on the Trinity River allows this gas station to gather very large animals, for grazing of course. 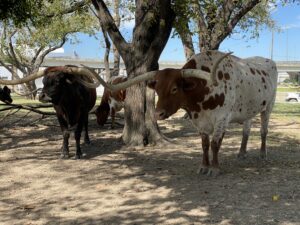 “Right now, there’s Longhorns out there and a couple of donkeys, and we’ve rotated in at times buffalo, zebras, camels. We used to do camel rides during the summer, that was a lot of fun,” expressed Joseph.

Now the menu for tacos is simple, you’ll find 5 different meats and a few breakfast tacos all for one price.  And don’t forget your street corn!

“They say that in a street taco, or in street corn, you should taste a little bit of rubber, because it should be so close to the road. And hopefully, no one tastes rubber in these, but we’ve tried to bring that authenticity,” explained Joseph. 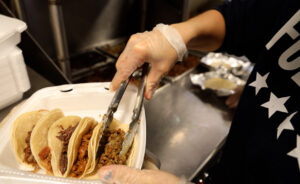 Well I wanted to try them all, so we got to work with Diana on making each taco that you can fill up on at Fuel City.

“So she’s got the beef fajita laid in, just put chicken, and now that’s the barbacoa. Then comes the pastor. Our favorite picadillo is over here. It’s the ground beef and diced potatoes cooked in a green sauce, it’s spicy. And then you had ordered them all the way, so how we prepare tacos here, after we put the meat, is fresh onion and fresh cilantro. And we’re going to put a wedge of lime in there, and then your choices of salsa verde or salsa roja,” explained Joseph Bickham as the food was being prepared.

Open it up and it’s like a Christmas gift, so many reds and greens with all that meat in each one of these tacos. Well, the first thing you always have to do when you get them street tacos is just bust out the lime, squeeze it all on top. So we’ll start with the beef fajita and it was amazing, and spicy, with a little kick. 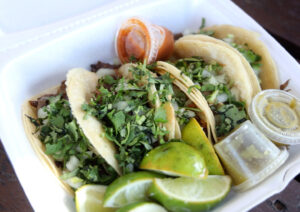 “This is the best taco I’ve ever had. They’re flavorful, the onions are perfect, everything is just really good,” said local Marlene Watkins.

“Tacos is what it’s about, man. You get a taco, bring them over, and you’re the life of the party, that’s it,” said Oscar.

“We don’t crimp on any of the quality. We don’t ever order frozen meat. All of our meat’s fresh, we process all of our own produce. We have tortillas that are locally made and fresh. We’ll get them three to five times a week. There’s no preservatives in them. And then on the tacos, it’s simple, it’s onion and cilantro,” explained Joseph.

“Texas and tacos seem to be… They go together. It’s like bacon and eggs, tacos and Texans,” said Tyrone.

Well, if you’re looking for some serious street tacos or one heck of an elote, come into Fuel City in Big D is well worth a stop on The Texas Bucket List.