Hebbronville – Some parts of south Texas can look like a desolate destination but as the sun rises on this barren landscape, the beauty of this unpopulated part of the state starts to shine.  Then you come across small towns like Hebbronville, providing some refuge from a really long drive.  And if you happen upon the Hillcrest Tortillas factory on the south side of town, you may never leave. 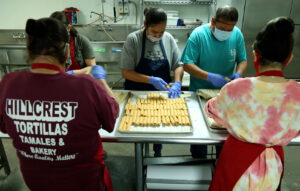 Patricia Gonzalez owns the tortilla factory and back in the early 2000’s, the former school principal pondered how to make a little extra dough for her family.  Tortillas turned out to be the answer.

“If I’m going to snack on something, I’d rather do a tortilla with butter than anything sweet with pastries,” said Partricia. 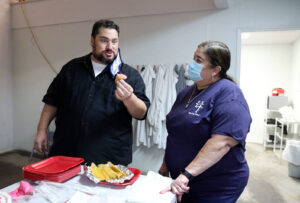 Since 2001, Patricia and her family have been making tortillas, and it all started with a taco stand in their old convenience store.  When the taco stand would close down for the day, people would still head into Hebbronville just to see if any tortillas were left over. “Could this be something that we’re onto, something as simple as a flour tortilla,” asked Patricia.

So Patricia started making more, and more, and more! Now they’ve got a big ol’ bakery that cranks out tortillas every day. “Our tortillas have a 150 mile radius where we deliver our tortillas to restaurants and grocery stores. Ours is got a three-day shelf life because there’s zero preservatives on the floor. And if you don’t remove them off the floors, then they’ll go bad,” explained Patricia. 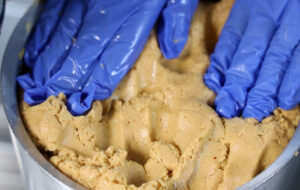 During her 28 years in education, Patricia was used to getting buttered up by students, but she retired from education to focus on running her family business. “My last seven years was middle school principal before I was tired. And I tell everybody I’m more tired than retired right now,” said Patricia. Chances are, most of us ended up in the principal’s office eventually but not all of us returned to work in that exact same principal’s office. Fortunately I’m welcomed at Hillcrest because it’s not just all about tortillas, they also have tamales!

“You go back for a hundred years and tamales have been produced for a hundred years and the recipes may change. But the consistency in our recipe is the recipe that we grew up in south Texas with,” explained Patricia. The tamales are a big hit with hunters. “We have a couple of hunters that will come in and say, ‘You know, my wife says, don’t come back without tamales or you’re not going to go hunting again.’”, joked Patricia. 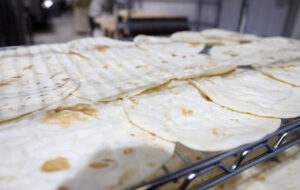 Then it was time to finally try it. I just couldn’t get over how soft and doughy and delicious that masa is. I’ve had a lot of tamales and usually the masa is a little, sometimes it’s dry and not very good. This is good.

So if you find yourself near Hebbronville and have hankering for terrific tamales and tortillas, a hike to the Hillcrest Bakery is highly recommended. “We kind of call them the dying culinary arts of the Hispanic population. Making a good tamale and making a good tortilla. It’s a lot of work, especially for the tamales,” expressed Patricia.