The Texas Bucket List – The Bryan Museum in Galveston

Galveston – Back in 2017, we first met J.P. Bryan at his Gage Hotel in Marathon. His passion for Texas history and culture is inspiring and that led him to another venture on the opposite end of our state. Down on Galveston Island, J.P. has doubled down on devotion, with a museum filled with artifacts filled with the stories of Texas and how the west settled. “A historical adventure that’s not matched by any other in world history,” said Mr. Bryan. 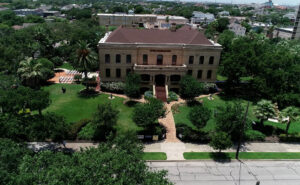 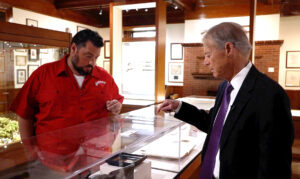 J.P has done that by opening a museum with over 70,000 pieces paramount to Texas history. “These artifacts were all part of people’s lives, in some way or the other either the maker or the user that was expressing something important through these items. So they’re much more than just a collection of artifacts,” explained J.P.

The Bryan Museum was established in 2015 and is housed in an orphanage built in 1895. Walking around the hallowed halls of history, you’ll find pieces of Texas’ past that will blow your mind. Throughout these galleries of artifacts, we saw land contracts, signatures and personal items from famous Texas historical figures, and other rare documents that cannot be found anywhere else!  “We were intrigued with the idea of having all the artifacts and the collection become a part of a museum. Not just because we wanted to put another museum on landscape, but because we really had a passion to try to invoke a sentiment that we think is rapidly diminishing. About the importance of history in our educational system and to ignore history we do so we think with great jeopardy,” stated J.P. 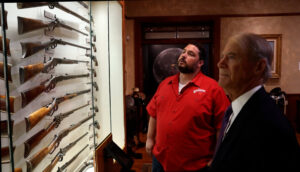 Bryan knows about every object in the museum. He started collecting things as a boy and has had a hand in acquiring just about every single piece. Every single space in the museum has just one part of mind-boggling Texas history. While Texas history takes up a vast amount of the 30,000 square foot museum, the story all starts with the Spanish exploration of the gulf coast and western parts of the United States. “When you think about it, a large measure of our history is Spanish and they dominated the landscape in the geography here for a period of 300 years,” said J.P. 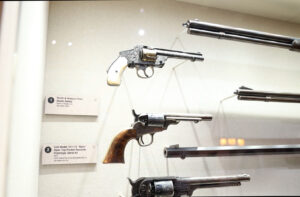 Rare firearms? You’ll find them here, and even a few tales from the wild west. In the museum, there are that were in the hands of the Texas Rangers, sheriffs, bandits, and even more! These unreal stories of gunslingers and explorers is all part of the American west, what it took to settle it.

For Mr. Bryan the collection at the Bryan Museum proves that the founding fathers created something to behold.  “If we’re looking for inspiration and guidance into how we should conduct our lives, history is full of people who have done marvelous things that should inspire us,” expressed J.P.