Freeport – Before you find yourself on the sunny shores of Surfside Beach in southeast Texas, you have to intersect through a few industrial areas going through Freeport.  Sitting smack dab in between those plants is a place you’d never expect to find here.  La Sirenita Seafood N Grill. 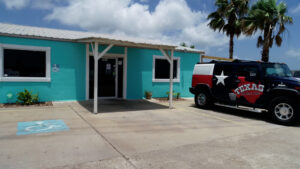 Ivan Alvarez and his wife Herminia are the fine folks who have a fondness for fresh seafood and owners of La Sirenita which is housed at a location that used to be the place to go to for fresh bait. “Even to this day, people think this is a bait shop. They stop by, they come out of their car with their buckets. They’re looking for bait,” joked Ivan.

Ivan has spent the better part of his life at this little restaurant since his stepfather bought the place in 2000 and opened a restaurant called Willie Joe’s.  “When I was a kid, I didn’t see myself back over here doing what I grew up doing when I was a kid. It’s crazy, but it’s a blessing, most of all, to be able to do it again,” stated Ivan. 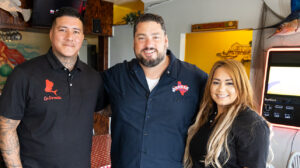 Cooking wasn’t the chosen career choice for Ivan, his first path in the labor pool took him down the pipefitter path. “The plants are usually where everybody goes. That’s where the money’s at. So I was working in the plants for a lot of years,” explained Ivan.

But Ivan decided to take the leap into the restaurant business.

“Exactly. Yeah, it was scary at first. The first year was the toughest. I even told my wife, ‘You know what, maybe it’s not for me. Maybe I should just keep doing what I’ve been doing forever.’ And like I said, she’s my backbone, she’s always supported me. She told me, ‘No, Ivan, you got a gift. You keep pushing and keep grinding it out. You’re going to get somewhere.’ She was right, you know,” said Ivan. 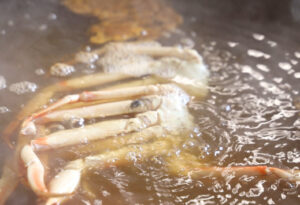 Well we had to see what Herminia had so much faith in, so Ivan gave us all he got with the Big Daddy basket. “Let me go ahead and throw in the crawfish in there,” stated Ivan. As the bountiful selection of seafood, including snow crab, shrimp, and king crab boiled, Ivan added a few other goodies. Mushrooms and boiled eggs. “They’re a big hit, actually. People love them boiled eggs in there,” said Ivan.

Once the seafood crustacean collection was cooked, we headed in the kitchen to kick things up a notch. “So this is my own seasoning that I make. And right here, we got a little bit of cayenne. Some people love it real spicy, so we throw a little cayenne in there,” explained Ivan as he doused the seafood in spice.

“And this right here, oh man, this is what people go crazy for. It’s our signature house butter. And we put this on everything,” explained Ivan as he heaped on two big globs of butter and shook up the mixture till it was ready to go. 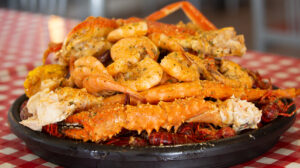 After having a hard time figuring out what to try first, I went with a mushroom. It’s easy, you can pop it and my first reaction, that butter sauce is ridiculous.

“Oh, all that butter and garlic, it just amazes. The flavor is amazing,” said customer Milan Miller.

I can’t even call it garlic-butter sauce. There’s so much stuff going on inside that butter. You got some spice, you got garlic, you got the parsley, just bringing flavor in all sorts of places. 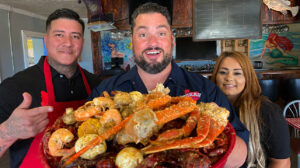 “I mean, if you really want to sit down and get messy, and greasy, and buttery, that’s what you need to do. That one time,” said Milan.

“I feel like I had a lot of doubters that didn’t think I was going to get the restaurant going. Especially like you said, the location we’re at. There’s a lot of challenges. For you to even be here right now, it’s a true blessing. And we work really hard to be where we are right now, so it means a lot,” said  Ivan.