Beaumont – When it comes to BBQ in Beaumont, the oldest name in these parts is Patillo’s. “My grandfather had this place built in 1950. Prior to that, we were in downtown Beaumont,” said owner Robert Patillo. Mr. Patillo is the 4th generation caretaker of this old school southeast Texas BBQ joint that has all sorts of soul.  The first thing that hits you when you walk into the Patillo’s in the smell of BBQ smoke soaked into the walls. “You walk out smelling like barbecue,” stated customer Gabby Cavazos. 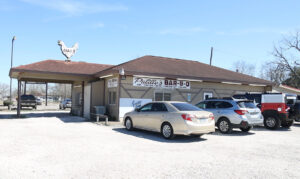 While Patillo’s may have a pit that’s been blowing smoke since the 50’s, the tradition of Robert’s restaurant goes all the way back to 1912 when his grandfather Jackson Patillo started the family business in BBQ. “Very few people, they have to be newcomers but the old families here in Beaumont know the Patillo’s.  And with that name, we are about the only black family in Beaumont with that name. Some people say it was Portuguese. Somebody wanted to say it was Spain. Then some say Italian. And then I really haven’t gotten with ancestry to find that out,” explained Robert. 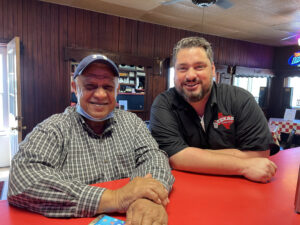 The lineage that matters here is the line of BBQ men that the Patillo’s have put out for over 100 years.  “Commitment. That’s what it is all about. Being committed to your business in order to make it successful in order to survive in it,” stated Robert.

Patillo’s is the oldest family-owned BBQ joint in the state and Robert started working here with his grandfather Frank in the late 50’s. “He believed that hard work makes a good guy. I worked for $3 a day. You got here every day at eight o’clock. I didn’t get here at eight o’clock. He hit that door at 10 after he would tell me, to go home. Only once that happened,” said Robert. 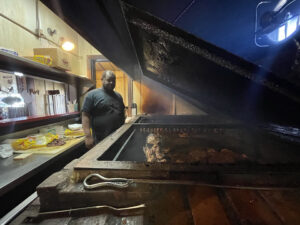 While there may be one way to describe the BBQ here. “Old school.  Very much so. We have the old brick pit we’ve been doing that way since we’ve been in business,” stated Robert. Robert is being modest.  There’s so much more going on here thanks to an incredible combination of soul food, Cajun cuisine, Tex-Mex flair, and Texas BBQ coming together to have an influence on everything from the sides to the sought-after sausage links. “The links have been our, I’m going to be honest with you, I think that’s really our salvation through the years, because they’ve been the same. We make them the same as we did years ago,” expressed Robert. But it’s not simply the sausage that has kept up the stamina of Patillo’s.

“A person wants to live in this world. They got to have, you got to have to believe in that, man. That’s all I can tell you. You know, so many down days, it’s just rough. I can attribute that to my success. And good employees too,” explained Robert. Pitmaster Quincy Akers has been here since 2007.  “I was looking for a job and my cousin, his nephew, told me about it. He was like, ‘Hey man, you want to come here and get a job.’ And I came and talked to Mr. Rob and I’ve been here ever since,” explained Quincy. 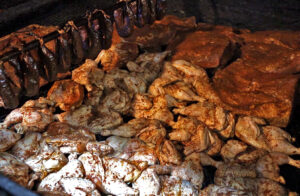 “I was like, it’s a privilege and I’m blessed just to be working for him, he teaches me a lot of stuff, man. I, everything I know about it and hear it from this man right here. Everything,” stated Quincy.

Quincy didn’t waste any time putting together a plate with two of the most popular meats at Patillo’s for me, sausage and ribs, sort of the specialties here at Patillo’s.  The ribs have a nice sturdy bark with tender pork in the middle. It didn’t take long to taste the old school flavor that’s been carefully crafted. “They’re tender, but they don’t fall off the bone tender, but it’s kind of a happy medium to where it’s not messy everywhere,” said Gabby. The bark on the rib holds all that pork together and then you get to the meat and it is smoky. 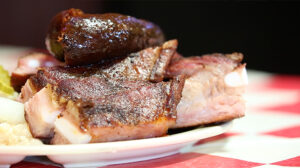 The sauce is definitely not your typical barbecue sauce. It’s almost like a spicy Cajun flavor and more of a beef broth that really coats the meat and just adds a whole different flavor profile to ribs here in Southeast Texas. “I don’t know how long they cook it for, but it’s good,” stated Hector.

And then what Patillo’s is known for, sausage. Cooked in-house and coarsely ground with an extremely unique spicy flavor and texture like chorizo.  Very unique and extremely flavorful, truly like nothing I’ve ever had anywhere in the Lone Star State! “It ends up going fast because it’s just so good,” stated Gabby.

Well, if you’re ever looking for some bodacious barbecue in Beaumont or some sausage that will seriously spice up your life, coming to Patillo’s in Beaumont as well worth a stop on The Texas Bucket List.

“I’m very proud of it. I mean that we have continuously been here, you know? I thank God for the blessings. You know. Thank God. It’s been a smooth ride and hey, if the good Lord calls me home tomorrow, I have no complaints,” expressed Robert.