Laredo – Just a few blocks from the border to Mexico, you’ll find the old El Azteca neighborhood in Laredo.  With buildings that go as far back as the 1870’s still standing here, it’s fitting that this is where you’ll find one of the oldest businesses in this border town, La India Packing Company. 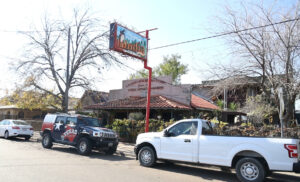 “My grandfather, Antonio and Antonia Rodriguez, founded the business back in 1924,” said owner Elsa Rodriguez – Arguindegui. Elsa is the woman who now heads up the family business. “For a person who was terrible in math, I cannot believe I’m running a business, and I have been for 31 years, when all it is math, weights and measures,” joked Elsa. 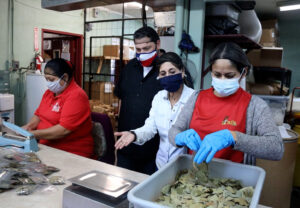 Elsa’s grandfather Antonio Rodriguez got rolling on the family business back in his hometown during the Mexican Revolution. “He would literally go to the Indian lady in Lampazos, Mexico, where he was from, a very mountainous area, and he would go and bring the herbs for the soldiers on both sides of the river, for whatever ailed them. He decided to name the business La India because of this lady that he would go to to ask for these herbs,” explained Elsa. 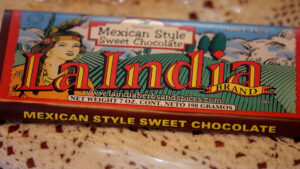 Then there’s the legendary chocolate that La India is known for. “You want to talk about a Willy Wonka bar, this is a Texas Willy Wonka bar right here,” said Elsa. The recipe behind these sought-after sweets that are 100 percent cacao have been passed down from Elsa’s grandmother. “She would make the chocolate out of ground cacao,” said Elsa.

Keeping the tradition of culinary customs of Hispanic culture is only one of the callings for La India.  They also have herbs for health. “With the herbs, I’ve had so many people literally come and squeeze my arm and tell me how much their life had changed,” expressed Elsa.

As if Elsa didn’t have enough things to spice up her life, she decided that showcasing her savory selection of seasonings by creating dishes to do just that, would be divine. And that included opening a restaurant. Soups, curry dishes, and chicken covered in a magnificent mole sauce made with their craft chocolate are just some of the eats you can experience here. “There’s not only a historical place, but a place where you can enjoy some food, and have historical food,” said Elsa. 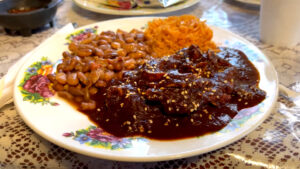 For lots of folks from here, this is the food their abuelas excelled at. “That’s what people tell me. They feel like they’ve gone to their grandmother’s house,” said Elsa.

When it comes to this family business, Elsa won’t let it go.  She already has the 5th generation under her wings and passing along the tradition of these unique herbs, spices, and savory southwest flair is her mission in life and she does it all for grandparents. “It’s a challenge. It’s a very big challenge. But it’s an honor trying to get my grandfather’s vision that he did, and carry it on, and grow it beyond where he was. It’s important that we don’t lose these flavors and traditions, because to keep these historical products alive, because they could go away so easily,” expressed Elsa.