South Padre Island – Whenever you’re down on South Padre Island, sipping on some sort of tropical drink or taking a bucket of your favorite Texas beer down to the beach might be the first libation that comes to mind.  But if you want to try something local, all you have to do is head over to the South Padre Island Brewing Company for some incredible Island ale. “There’s not many places to get fresh beer. So this is one of those places,” said customer Mark Luzmoor. 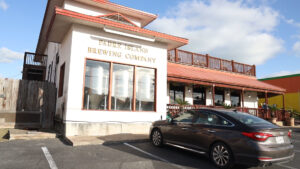 Before we got to sipping on the suds, we found the owner of the South Padre Island Brewing Company. “I was born with the right last name for making beer,” joked owner and brew master Mark Haggenmiller.

Mark made his way to Texas from Minnesota in the mid 90’s when brewpubs were finally legalized in our state, opening the door to new business. “A friend of mine that lived in Harlingen called me up and told me that the legislation was getting ready to go through for these small breweries to happen. And I helped him write a business plan, and that turned into a job offer. And that was 26 years ago. And it’s still here,” explained Mark. 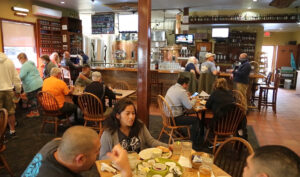 His passion for making the perfect pilsner or one of a kind kolsch comes from a lifetime of being around it. “Well, my dad worked for one of the big national breweries up in Minnesota. And when I was a little kid, I’d sometimes get to go visit him at work. And I was blown away from the start, at how interesting the process was, the smells, the sounds. It really took at a young age,” said Mark.

Considered the second oldest brewpub in the state, the Padre Island Brewing Companies is technically one of the oldest breweries in Texas and the first in the Rio Grande Valley. “That’s what I am. It certainly is refreshing to see a new generation come up with the same appreciation. The craft beer industry wasn’t just a fad. And then it took root, and we’re seeing new generations opening breweries. So it’s really neat to see,” expressed Mark. 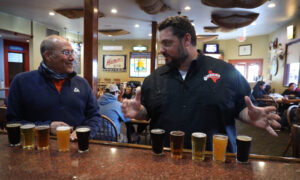 South Padre Island Brewing Company is by no means a massive brewery.  All Mark has to work with you can see right behind the bar. That’s the whole brewery right there.  “That’s it. And that’s part of the reason we don’t have much of a production facility here, other than doing in-house beers, is because we’re kind of out of room,” said Mark.

Thanks to the small-scale workspace, Mark can only make 5 beers at a time but those beers are thought through flavors that change with the season. “This is our Pelagic Porter, our Tidal Wave Wheat, Padre Island Pale Ale, South Padre Island Blonde, and Speckled Trout Stout,” Mark listed as we sampled the beers.

Mark started us off with the lightest beer in the house, the blonde, and this beer doesn’t require any fruit to fancy it up. “My dad always says, if you have to put fruit in a beer, it’s not good beer,” joked Mark.  The beer was fresh, tasty, and a terrific way to enjoy an afternoon on the island. 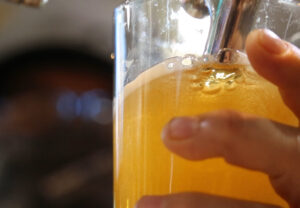 “Well, he makes good beer. If you like good beer, this is the place to be in, South Padre,” said customer Rich Freiermuth

“Seeing the satisfaction people have with the beer I make. I mean, it’s no greater reward or compensation than people telling you that you make really good beer,” expressed Mark.