The Texas Bucket List – The Tejas Rodeo Company in Bulverde 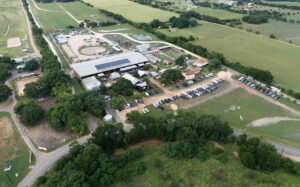 Bulverde – At an arena, just north of San Antonio you’ll find a rodeo that puts the bull in Bulverde. The Tejas Rodeo Company offers a regularly occurring rodeo from March to November each year and it herds in people from all over the place.

“If you haven’t seen a rodeo and you’re from Texas, you haven’t lived life,” said Yancey James. James makes up half of the team that put this little show together. “We’re just part of each other’s life on a daily basis,” said Trey Martin. Trey Martin is the other half. “We each bring different things to the table,” stated Trey.

These two Texans came up with an incredible concept, a weekly rodeo that takes place at a venue that takes Texas culture to the extreme. It’s like a Lone Star State theme park. “We really do offer a true taste of Texas here,” said Trey. 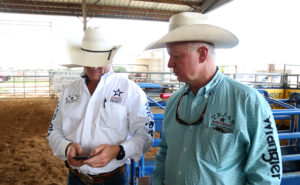 Now Trey, grew up in Devine, went to Sul Ross and became a big-time lawyer. In 1993, he bought 71 acres in Bulverde not knowing one day it would turn into one of the most sought-after places on Saturday night.

“I can’t really call it a job, because I’m doing what I love,” expressed Yancey. James is from Kerrville and he was a professional bull rider a few years back. But in 2006, they found themselves in a team event they never expected. “We kind of joined forces, and the next thing I knew, in a big whirlwind, I’m knee deep back in the rodeo business,” joked Yancey. 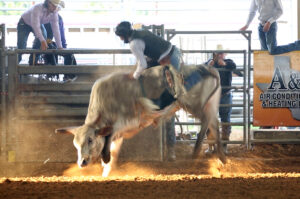 Watching bulls and blood and the dust and mud and hearing the roar of the Saturday crowd isn’t the only reason to get out to Tejas, they also have one superb steakhouse. “What we’re known for is our KC steak. And that stands for Kansas City. Well, believe it or not, that’s a west Texas method of cooking. They would take a piece of meat, and they would heavily season it, and they’d pan sear it. And it’s that seasoning and the pan searing where you lock in that flavor,” explained Trey.

“When these people come, they want to drink, they want to eat. They want some entertainment, and so that’s what intrigued us to go on and build various different venues inside of the big venue itself,” said Yancey.

There’s even history on the walls of the restaurant. From Winchesters, Colts, to turn of the century chaps. “Most of the stuff was in my house. And so some of it’s my father’s, so I know it all and I like it all or I wouldn’t have had it there, wouldn’t have put it here. So we got a lot of favorites,” explained Trey. 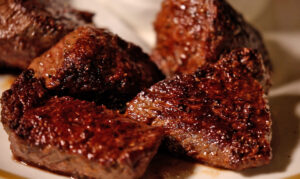 Despite the darn good steak and the amazing mac and cheese, you just can’t come out of the chute and say the Tejas Rodeo Company is an amazing restaurant because it truly is so much more than that. “So everybody looks at us as a rodeo and a steakhouse, but we’re a working ranch. So our day starts at seven in the morning and it doesn’t end until seven at night. We house about 50 head of horses. Probably 20 head of cattle and sheep. The whole nine yards. So it’s a full-time job in itself,” said Yancey.

For the cowboys and cowgirls showcasing their grit and guts, this great venue is also a proving ground to get to the next level. “When you’re a rodeo cowboy, you’re trying to rodeo somewhere every day. That’s your job. That’s your life. That’s what you do. It’s no different going to the office. You miss two or three days, you don’t get paid for two or three days. So it’s a good filler for the pro cowboys. And it’s a good stepping stone for the younger athletes coming up, trying to go into the professional ranks,” explained Yancey. 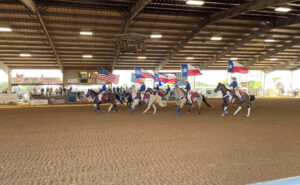 Keeping things country and keeping up with the traditions we’ve had in Texas all these years is what the Tejas Rodeo Company is truly trying to rein in. “I don’t want to say the Western lifestyle’s a dying breed, but it’s definitely not as prevalent as it was 30, 40, 50 years ago. And so it struggles a little bit, but it’s a true way of life for people still to this day,” said Yancey.

“Keeping the Western heritage alive, I think is important to both Yancey and I, and really just putting on a good show and keeping it all clean,” stated Trey.