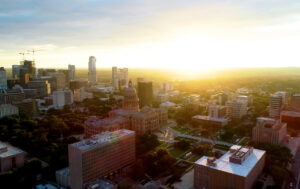 Austin – Across the Lone Star State there are roughly 8,000 bars but one of them has one heck of title.  With over 150 years of history, Scholz Garten in Austin claims to be the oldest bar in Texas but that’s not the only reason you’ll want to raise a big ol’ stein!

Among the massive new buildings in Austin, there’s still a lot of history and tucked away just a few blocks from the capital is a building older than the stone structure that sits on Congress.  It’s called Scholz Garten and it holds a ton of titles. 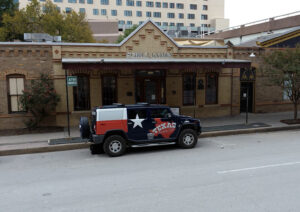 “Dude, this is the oldest bar in Texas,” stated Dan Smith, the current owner of Scholz.  Dan is always boasting about the age of this old ale house while inviting people in to raise a glass to it.  Dan is originally from, of all places, New York but he’s been in the capital city since 2010. He couldn’t pass up the opportunity to be the proprietor of the place where everyone says “Prost!” 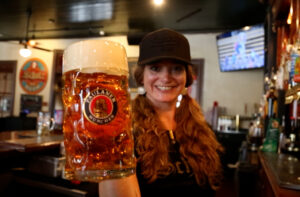 Considered to be the oldest bar in Texas, the oldest beer garden in the United States and perhaps the oldest business on the books in Austin, Scholz takes a lot of titles. “It is a Texas tradition right here in Austin,” said Austin local Nancy Wilson. “I think there’s responsibility that comes with it, no question. I mean, this is an icon. This building’s been here for so long and is really sort of like a little community center,” explained Dan.

In 1866, August Scholz decided he was going to build a bar right in the center of Austin, well before it was filled with buildings. “I don’t know what was behind that decision making, but clearly it was a sound business decision, because he has lasted for over 150 years, he was pretty smart. Pretty good in his site selection,” said Dan. 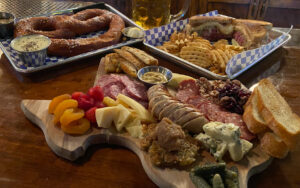 “Surrounded by all these buildings, it’s a green space, it’s an airspace. It’s a place of tradition,” said patron Nancy Wilson. Nancy is a rare bird, she’s native Austinite!  She even went to school at UT and has always enjoyed flocking to this fine establishment. “I studied calculus one summer sitting in the bar there. Just because we needed a place to study and I wanted to have something else to do besides calculus,” joked Nancy.

“It’s warm, it’s got character. You can just smell history in here. I mean, you can just feel all of what went on and so forth. And I love that. I love icons and Austin’s got some great icons,” expressed Dan.

“I’ve been coming here since I was well not eligible to drink,” joked Scott Wilson. Scott Wilson is another lifelong Austin resident who’s been coming to this garden since John Connally was Governor. 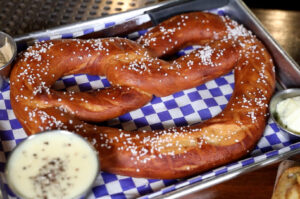 “I think celebrating German Texas culture is a big part of it. There’s a lot of that culture here and in the Hill country and in central Texas. So, and we’re proud to be a part of it,” said Dan. But it’s not just the beer that brings in the masses, the food is far and away some of the best bar food in the state.  With really good reubens, charcuterie boards that shoot up the charts in flavor, and big hot pretzels!  “The pretzels are really good,” said Nancy.

So if you’re looking to raise a really big glass to Texas, stopping by Scholtz Garten is a great reason to head to the capital city and check off another stop on The Texas Bucket List.  “It’s the oldest bar and restaurant in Texas. We stand by that. But to come in and have a great beer and have this experience and enjoy the spaces, it’s special,” explained Dan. “There’s no other beer garden in Texas like it,” said Nancy.