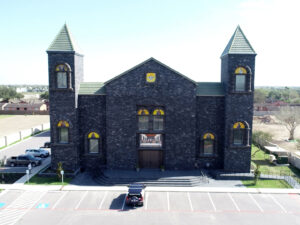 San Juan – The painted churches of central Texas are some of the most serene and sacred spots in our state. The sun piercing through the windows of these old shrines fills the spirit of your soul.  These works of art tell a story and it’s easy to find yourself staring at the colorful accounts of biblical stories for what feels like an eternity.

Well, if seeing stained glass like the kind you find in these charming chapels is what brings you joy, there’s a museum in Rio Grande Valley that will light up your life. “We are the largest and most comprehensive stained glass exhibit and collection in the United States,” said Miriam Cepeda, the director of the Gelman Stained Glass Museum in San Juan.

“I enjoy seeing individuals come in here and they’re just like, ‘Wow.’ Everyone, as soon as they open the door, they’re just amazed,” said Miriam. 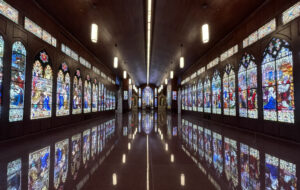 This spot in San Juan feels like a spiritual sanctuary and that’s exactly how they wanted it. “The whole idea, the whole goal here at the Gelman Stained Glass Museum is to provide a transcendental experience for our visitors that can only be achieved in the replication of a sacred environment. And so, that’s how come when you pass by us, you think we’re a cathedral. We replicate everything from the exterior to the interior of a cathedral,” explained Miriam.

From the outside, you’ll notice there isn’t one window. That’s because the Gelman Stained Glass Museum wanted every single stained glass to be protected from the elements and look impeccable with the perfect amount of light behind each and every window.  Artificially of course. “We have something that’s very unique and different because all of our stained glass is illuminated by LED replication of sunlight,” stated Miriam. 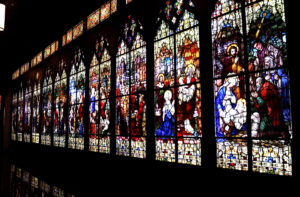 Miriam then took us behind the scenes to see just what it takes to illuminate this place. “People appreciate something as simple as sunlight. And it’s something that we talk about here at the museum in the replication of the sunlight. So, it’s not just yellow, it’s not just white. It’s soft white, bright yellow, light yellow, green, red. The whole spectrum,” explained Miriam.

Dr. Gelman has been collecting these stained-glass windows for over 30 years, in all there’s 174 sets in the museum. “Everything except two is original antiques that date back to the late 19th century, early 20th century,” said Miriam.

Miriam took us to the European section of windows and we were not disappointed. “One of the windows that’s very famous that we have on display is our Cox/Buckley window of Christ knocking at the door. And this window, Tiffany Studios, Louis Comfort Tiffany, he made a copy off of this window. And so, this one is an English artist Cox/Buckley, however, in the Munich-Mayer style, which is the painted style window,” explained Miram. 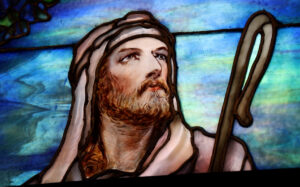 “We have to remind ourselves that during the late 19th century, early 20th century, there was the Industrial Revolution, and this is the era of Art Nouveau where, in these industrialized cities, people wanted to see something that looked naturalistic versus the railroad versus the booming skyscrapers. And so, when you go into a church in the Northeast Coast, for example, where predominantly most of these windows are from, you see these illustrations of something that looks very real in the natural world. Something heavenly as well and when you look at the windows, you’ll get that sentiment,” explained Miriam.

Looking at each window with a particular year on it or a name of someone the window was dedicated to makes you start to think off all the things these windowns have seen over the past one hundred plus years. “They’ve gone through a lot. Honestly, I think some of these windows are alive at night, but that’s another story. But yeah, they’ve seen so many things. They’ve seen so many baptismals, weddings, Christmas masses, funerals. They’ve all been a memory to someone,” expressed Miriam. 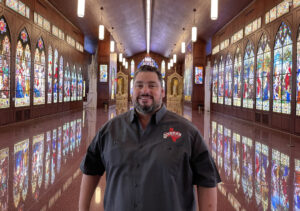 As a child, I still remember staring at the stained-glass windows of our church. Seeing the light reflected on the imperfections of the glass all the while learning a story of a Saint or a story in the Bible. Here you can relive some of those stories or just sit in awe of some amazing artwork making the Gelman Stained Glass Museum a great place to reflect on The Texas Bucket List. “We want to preserve all of these windows for centuries to come,” stated Miriam.