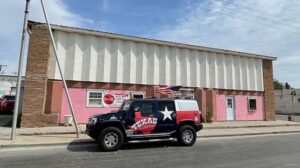 Pecos – When traveling down Interstate 20 in west Texas, you come across Pecos smack dab between Midland and Van Horn. It’s one of those places that most people just pass through unless it’s time for the West of the Pecos Rodeo, I mean seeing the world’s oldest rodeo is a stop on The Texas Bucket List, but if you need a secondary stop to make this sizable journey, La Nortena Tamale Factory should get you there. “It’s been a lifelong thing,” said owner David Castillo. “For me, it was something I was born into,” said David’s son Simon.

David and Simon are the dynamic duo dishing out the family recipe that’s been a part of Pecos for nearly 100 years.“I was actually raised in it because my mom would make me a little crib amongst the sacks of corn. So she’d be working and I’d be sleeping there,” said David.

David’s parent’s Miguel and Celia Castillo bought La Nortena in 1966, David took it over in the 90s. “My dad was surprised that it was me that stuck around. He said, ‘I never thought it’d be you.’,” explained David. “I spent more time with my grandfather than anyone else in my life. So to be a part of it, for me, doing the work really means that he’s still alive and still present in my life,” expressed Simon. 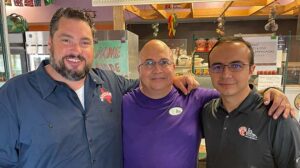 Originally a tortilla factory, Miguel added tamales, menudo, and asado to the menu and it didn’t take long for the tamales to get a reputation. “We were always known for our tamales. Everywhere I went to try to sell tortillas, ‘What about your tamales? Can we buy your tamales?’,” explained David.

So, La Nortena started cranking out tamales and business took off. “I think our tamales are truly a connection to ancestry and the way tamales are made. We still cook and grind corn and make masa from ground corn, which traditionally, that’s the way it started,” explained Simon. 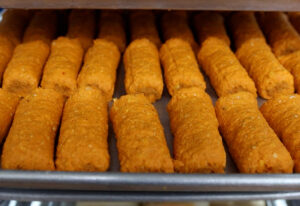 La Nortena is so traditional with their tamales that for years they only had two options. Red or green. Only recently they added a green chili chicken and asadero cheese with hatch chili tamales. “Grandpa started off with the red chili pork tamale. And red chili pork tamales, traditionally you’ll find that at every tamale shop,” said Simon.

“Follow the recipe and hold true to it, and that’s what we try to do. Remembering tradition. It’s been good. I’ve always said, I think I’ve been more blessed than good. I understand that now,” said David.

“When you think about tamales, I think it’s a gateway to traditions. It’s a connection to my ancestors, especially the immediate ones I got the privilege of knowing,” said Simon. 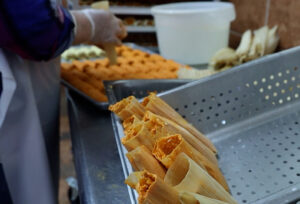 That’s what this family business is all about, remembering Miguel and Celia and the tradition they brought to Pecos. “Pretty much every day if not every other day that we’re talking about him or thinking about him or something’s happening because of something he did. And along with my mom, they instilled this work ethic. It’s a responsibility that I’ve accepted and I cherish. And hopefully, it’ll live on in another past my son’s generation too,” said David.