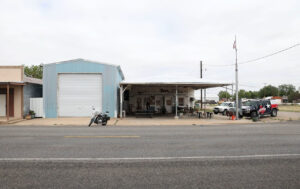 “It’s very fitting to have a great brewery here in this town and holding onto that culture that founded it,” said visitor Scott Gonzales. 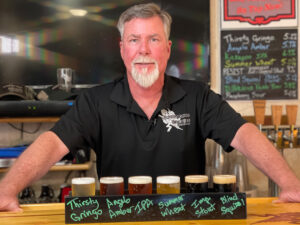 “We really like the way he brought back a little community in here again,” mentioned local Tony Multer.

Interestingly enough, Rowena’s claim to fame is being the birthplace of Bonnie Parker.  It’s also home to the last bank “Doc” Newton ever robbed in 1968. Other than that, there’s not a lot happening here, so when Mike decided to open up a brewery, some people had their suspicions of it working out. 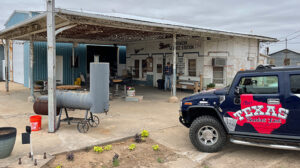 “It’s a crazy thing to do. I mean, everyone thought I was nuts to open a brewery in Rowena, Texas.

Mike is an army veteran and served for 13 years. He was first stationed in Germany which is where his obsession with grain, hops, yeast, and water began.  “I didn’t realize there were different kinds of beer until I went to Germany and got stationed in Germany. Every town in Germany has their own brewery. And there’s several styles that they drink over there,” Mike noted. “Where before I went to Germany, it was just the fizzy yellow water.” 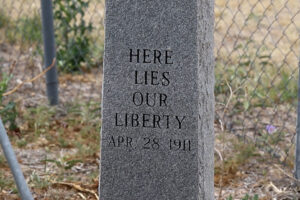 After Germany, Mike went to Iraq. Then, despite wrapping up his military service, he went off to Afghanistan voluntarily. He stayed there for a year and a half doing contract work, and that’s how he saved up to start his business.  “We’re really, really excited that Mike did this and he has become, I think, pretty close to a pretty good brew master,” joked Tony.

Today  you can enjoy a delicious Texas beer while reminiscing about the history of prohibition in the shadows of that historical marker. “It’s kind of like a full circle moment. We went from prohibition to now having this awesome brewery right here in our town,” said Alisha Multer.