There’s no shortage of legends in Texas. From legends in history to modern football legends, the Lone Star State has a seemingly endless list of legendary places, people, and events. The legends we are interested in at this time of year, however, are the legends with a haunted twist. Here are a few legendary stops from The Texas Bucket List sure to send chills down your spin. 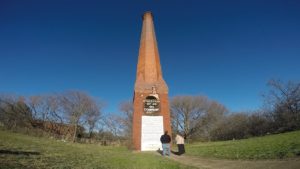 Thurber Ghost Town – There’s not much left of this once-bustling Texas brick manufacturing and coal mining town, but what is still here falls into the category of eerie. One of the very first cities in the United States with electricity in every home, running water, and natural gas went belly up thanks to the discovery of black gold nearby. When the town up and moved, people left a rather large cemetery behind. Today this cemetery is among the eeriest things we’ve ever seen in our travels across the Lone-Star State. 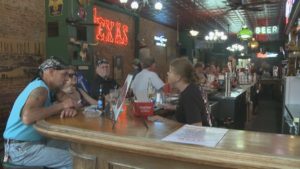 Auntie Skinners – This hamburger hot spot in Jefferson is housed in a building built around 1866 as a warehouse for cotton. Great burgers aren’t the only thing haunting this historic building. A ghost named George likes to give people a good scare in the restaurant’s stairwell. Beware of the fifth stair, that’s where George likes to push people down. But don’t worry too much, your taste buds will be begging to be haunted by more burgers from Auntie Skinners after you give it a try! 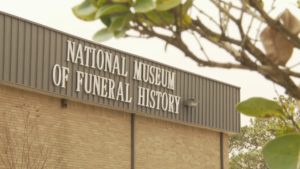 The National Funeral Museum – This museum in Houston is dedicated to preserving the history of kicking the bucket. Now if that doesn’t sound morbid and unnatural, I don’t know what does! Serving as the only funeral history museum in the nation, this exhibit features presidential hearses, part of Marilyn Monroe’s grave, and Walt Disney’s Death certificate among other eerily interesting things. 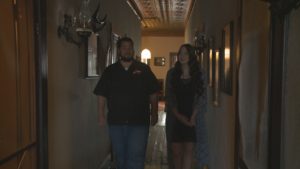 Miss Hattie’s Bordello Museum – Dedicated to the working women of the West, Miss Hattie’s Bordello once held the jewels of the West and entertained many a fellow looking for a rest and refreshment. Though we didn’t include it in our coverage of the Bordello, our crew definitely felt a presence from out of this world while touring the museum that gives them goose bumps just thinking about it. 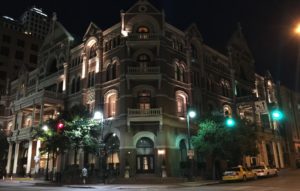 The Driskill Hotel – Part hotel, part historical landmark, and part museum, this is the perfect place in Austin to sleep off some spirits. This hotel has been part of the Austin skyline since 1886, and therefore predates the capital building. With a rich history, including a Texas shoot out in the lobby, it’s no surprise there are three legendary ghost tales attached to the Driskill. Though we don’t cover any of these tales in our segment on the Driskill, it is still well worth a stop for ghost hunters and none believers alike. 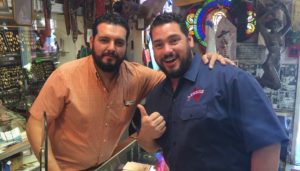 Dave’s Pawn – This place may not have a haunting ghost story, but the merchandise here is sure to excite those who love all things eerie. Items for sale include a resident mummy, Pancho Villa’s trigger finger, and something called a Fiji that is part fish, part person, and part bird. 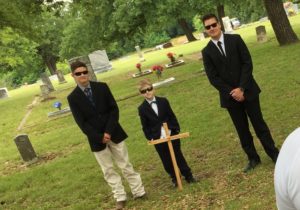 This small community north of Fort Worth may be named for the glimmering light show seen in the sky, but it’s something that fell from the wild blue yonder that’s legendary in this little town. With a history rich in odd happenings, it should come as no surprise that this place finds itself on our list. For example, the small community once had a population of over 5,000, but an epidemic wiped out most of the population. While everything seemed to be going south in Aurora, a spaceship is said to have hit one of the windmills here.

BONUS – Terrifying Texas Tunes: Check out this tune titled “Devil’s Song” by Shinyribs. It’s sure to leave you trembling. 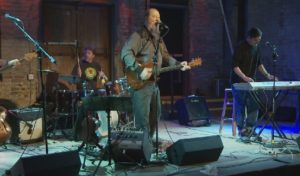