Zilker Park, located in the heart of Austin, is a tranquil getaway for residents of the Lone Star State’s capital. It offers an abundance of outdoor activities for anyone who enjoys getting out of the house. It includes kayaking, swimming and hiking trails. It’s even the home to the infamous annual music festival, Austin City Limits. Even more unique than a sprawling park located in the centerof a metropolis, is one specific attraction that’s won the hearts of locals and tourists alike for the last 22 years – the Zilker Zephyr, a miniature train that’s chugged at hearts of Texans deep in the heart of the state we love. 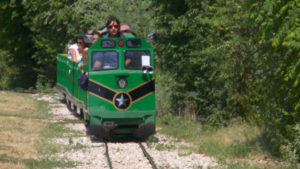 The Zephyr, owned by the Rodriguez family, was always Austin’s own little-engine-that-could, and has been attracting families and television shows like us for over two decades. But on January 29, 2020, the family officially announced their permanent closure. Why would such a well-loved attraction be facing the end of its tracks though? According to their official Facebook page, it took a combination of bad weather and bureaucratic roadblocks. 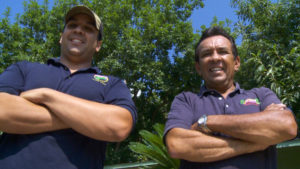 The battle to keep the Zephyr open began in May 2019, when an unprecedented amount of rain instigated a consequential amount of erosion and runoff around the river. It was immediately clear that if the children’s train was to be kept running, major renovations and revamping were going to be necessary. Conversations with the city’s Parks and Recreation Department and freelance professional engineers began immediately upon the start of the problems in May and continued through October. During this time, the family says it spent tens of thousands of dollars working with experts to create a plan, prepare paperwork, and negotiate an extension contract with the city to keep the Zephyr open for another 5 years. But, despite the Rodriguez family’s best efforts and constant optimism that their business would someday reopen, by the end of the year they said it was clear that closure was their only financially viable option. After reportedly spending months trying to get in contact with the Parks and Recreation Department and with reportedly no response, the Rodriguez family finally received an email in December of 2019 with the park director’s final offer. He offered only short-term, 1 or 3 year contracts instead of the 5 year one they were campaigning for, and unfortunately the family decided those just weren’t realistic options. The cost to repair and maintain the tracks after the inclement weather would be great, and the family decided a return on that investment wouldn’t be probable, let alone guaranteed, in the mere 1 or 3 years the city was offering to extend their contract and keep them open for. 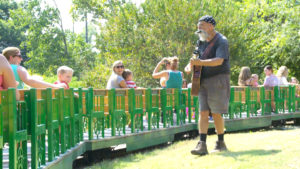 The closure of The Zilker Zephyr will certainly leave a hole in Austin’s culture, and will be dearly missed by its regular visitors. The quaint attraction was many things to many people – an escape from the hectic lifestyle of the big city, a wholesome adventure for children, and a fond tradition that reminded guests of simpler times. The Zephyr will be remembered for years to come, always running full-speed-ahead in the hearts of those who loved it. 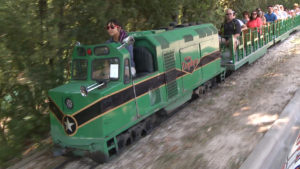