The Texas Bucket List – The Coffee MUGG in Corpus Christi

Corpus Christi – There’s not much better than the smell of roasting coffee beans in the morning. It wakes you up, starts your day and then gives you that extra pep in your step. Now, think about mixing that with a temporary escape from reality. That’s what you’ll find at The Coffee MUGG in Corpus Christi, Texas. 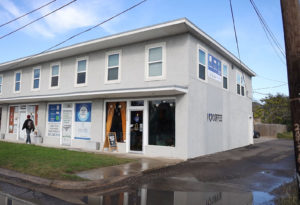 “It was something that I always wanted to do, and thought it would never happen,” The Coffee MUGG owner Susana Almaaguer said. “I pretty much would pitch people ideas about it. I let them know about it and they would just be like, “Really? Why can’t you just do a regular coffee shop?”

That did not stop Almaaguer, who was born in Corpus Christi and graduated from W.B. Ray High School. Following her divorce, she longed to work at a local coffee shop to support her and her two children-but her search came up short. She was working several odd jobs to make ends meet when she decided to take the leap of faith. In 2018 she made a choice to do it on her own.

“So when I opened this place up it was just me, I was my only employee. And I look back at it now, that really wasn’t smart,” Almaaguer said. “I thought we’ll start small because I could barely even afford myself. I was the cahier, I was the barista, I was the owner, I was the manager, I was everything.”

The Coffee MUGG is not your ordinary coffee shop. You step in and you are immediately transported into the world of Harry Potter. Whether you’re familiar or not with the popular book and movie series by J.K. Rowling, the atmosphere of The Coffee MUGG is just, plain fun. 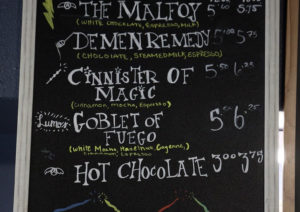 “I didn’t want Harry Potter’s face everywhere. I didn’t want that,” Almaaguer explained. “I want it to look like you’re walking into a common room. We’ve had people come in dressed up just to have a cup of coffee. They just want to sit down in their Harry Potter garb.”

Almaaguer wasn’t even allowed to see the original Harry Potter movies. It was her brother, her partner in crime, who introduced her to the series.

“I wasn’t allowed to see the movies. I went behind my mom’s back because I was a bit of a rebel,” Almaaguer said. “My brother was the one who said we were going and that we better not tell mom. It is the greatest movie ever. I had a very, very rough childhood. It wasn’t the greatest, and that was my outlet. I could relate to someone who didn’t have the best childhood but he had love, that that’s what help him to get through all of that. I get customers in here and they tell me that all the time. They’re like, “Harry Potter saved me.” 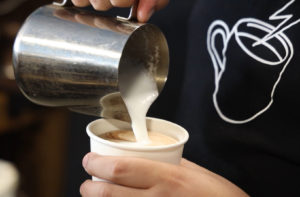 When you visit The Coffee MUGG feel free to bring your broom, your wand and to just be yourself while enjoying those specialty drinks with a Hogwarts flair.

“I created a spot where customers can just come and have a cup of coffee and not feel judged, but actually feel that comfortable that they are like, “ I can go somewhere and be who I am and I won’t get judged for it,” Almaaguer said. “And I love that. I love that people feel comfortable to do that.”