Nocona – Nocona, Texas might be known as the Classic Car Capitol of Texas but back when folks were banging along in Model-T’s, boots were a big deal in this town thanks to a boot company called Nocona. “What we have here is the original American made Nocona Boots. And it’s a beautiful boot, been making the boots since 1925,” said Craig Carter. 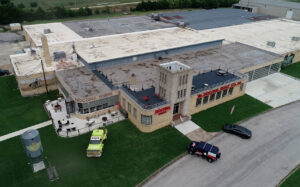 Carter owns the old building in which Nocona Boots were made from 1948 to 1999. It was Mrs. Enid Justin of the famous Justin Boots family that started the Nocona Boot company and built this massive manufacturing plant all those years ago. “There’s some things you get involved in and just have a mind of their own. And they’re going somewhere. And this journey with the history of Nocona Boots, what Miss Enid poured into this building, her journey of building this factory in ’48. And there’s so many milestones that she broke through being a woman,” explained Craig. 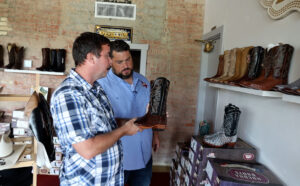 Craig wanted to change that by making opportunities for the people of Nocona.  So in 2016 he bought the building and helped facilitate several new businesses there. The Old Boot Store belongs to Craig but you’ll also find Nocona Baseball gloves and Nocona Beer all under one roof. “I’ve got about 70,000 square feet. Strategically saving some for some other businesses that are coming,” stated Craig.

“Yeah, if you’d seen this building before, you wouldn’t believe it. But one thing I know about Craig is he has enough sight to see what something can be, even when it’s a dump,” said Dave Young. Young is the brew master at Nocona Beer and Craig’s brother-in-law. When you visit the Old Boot Factory, you’ll always find a cold Nocona waiting for you. 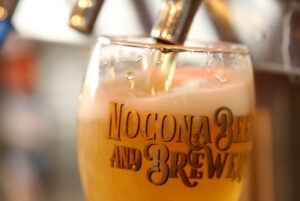 “We have Nocona Beer there. If you come through, it’s complementary and just want you to experience Nocona,” said Craig. “Man, you put on a good pair of boots. You feel like a million bucks. And if that doesn’t work, try a beer. Between the two you’ll get there. It’s really a great draw and putting Nocona back on the map with one Nocona Beer at a time,” said Craig.

Between all these businesses inside this massive building, jobs in Nocona are slowly coming back. While it’s not the hundreds of jobs that the old Nocona Boot Factory left behind but it is something in a community that could use it. “It’s becoming a much stronger synergy of businesses focused on giving back. And that really is, I’m trying to change Nocona and grow and create quality jobs and create quality,” explained Craig. 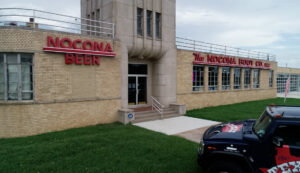 And it’s not just jobs that Craig is helping to create.  He’s also giving back by giving away food with his Hope 29:11 outreach program.  A food bank that operates out of the Old Nocona Boot Factory every other weekend.  “Hope 29:11 is based on Jeremiah 29:11, providing a future and hope. It’s not much more complicated than that. Trying to provide a future in this community,” expressed Craig. “If you saw how many people come in here every Saturday or every other Saturday to get food and it’s amazing,” said Dave. “It kind of re-synergizes you and helps you focus on what’s the point. It’s not about money. It’s just about making sure those resources are going where it’s needed,” said Craig.

So if you’re driving through North Texas and looking for a baseball glove, boots, or even just a cold beer stopping by the Old Boot Factory in Nocona is a necessary stop on The Texas Bucket List.