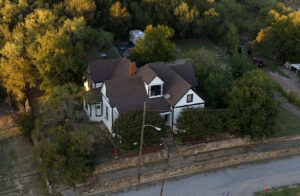 Mineral Wells – Mineral Wells is a marvelous small Texas town full of charm and history. The Baker Hotel is part of that story. Currently under a massive restoration, this soon to be high end hotel has been casting its shadow on Mineral Wells since 1929. In that shadow you’ll find a dwelling that has a dark history and is said to be full of spirits and other sorts of entities: The Haunted Hill House. “It’s their world. I’m just living in it,” stated owner Kathy Estes.

Kathy and her husband Sonny purchased the Haunted Hill House in 2017 knowing full well what they were getting into.  “I don’t know, midlife crisis, whatever. We had come into some money and we actually fell in love with the house and the mountain, we got the mountain too, so we’re like, ‘Wow, this is beautiful.’,” Kathy explained.

Beautiful if you’re into super creepy old homes that feel haunted as soon as you walk in the creaky door. “Everything in here is my design and my taste and some of it’s creepy and grotesque, but I like to combine beauty and elegance with grotesque,” said Kathy.

Built in the 1800’s, the house has a history of being a brothel for the Baker back in the day. But rumors of murders and rituals are also ripe here making it a hotspot for haunted investigators looking for a scary spot to search. “We have a lot of people that get addicted to this house and they have dreams about it and they want to come back and they want more and more and more. And that’s what it does to people,” said Kathy. 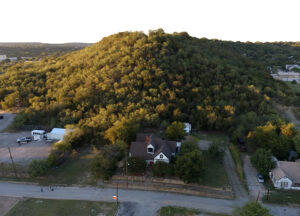 If you dare, you can even stay the night, or try to make it through the whole night! “About 50% are able to make it through the night, including professional paranormal teams. They do leave as well. I think that they’re used to hearing voices on equipment and on cameras and not in their own ear. And that’s called AVP, which is an Audio Voice Phenomenon. They’re used to listening to EVPs, which is an Electronic Voice Phenomenon. And then when we find as professionals or paranormal teams come here and they hear it with their own ears, no equipment running, and it’s very loud and distinct. It kind of freaks you out,” explained Kathy.

Now these ghosts aren’t always so welcoming, they do get tired and want some days off. “They tell people to get out, leave. And so we did start shutting off a lot of days because I mean, we were here every day, every night and it was draining them basically,” said Kathy. 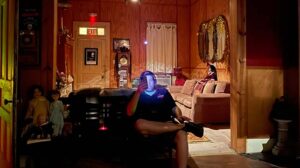 All joking aside, people really do experience some crazy things here. From your normal unexplained sounds and sightings to even people inexplicably being pulled off beds. “Some spirits will do things that are harmful because they’re seeking attention. They need help. And you’re not paying attention to them and that’s the only way they can get our attention is by throwing things and scratching and biting. And then that’s what makes you say, ‘Hey, what’s going on?’ And you stop in your tracks and you try to communicate. ‘What can I do to help you?’,”. Then there are some that are just angry that they’ve suffered a traumatic life. They’re trapped. They’re angry. They’re in misery. They don’t want to be there or they don’t want you in their home. They don’t like you. They don’t want you in their space. They want you to get out,” explained Kathy. Well, that’s comforting.

Apparently this house is so haunted, Kathy doesn’t spend a whole lot of time in it and she refuses to go upstairs. According to the Estes’, that’s where the most active entity can be found here. It goes by Toby and it’s something they say isn’t from this world. “When I started out, I enjoyed it a lot, but now I don’t enjoy it anymore,” expressed Kathy. “She’s not really into wanting to do anything in this house anymore. I’m more to the extreme. I’m always looking for the next crazy thing to happen,” said Sonny. 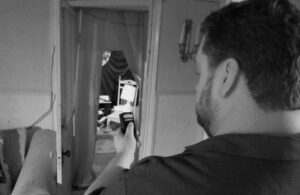 Sonny showed us how to monitor things in the house and how to use some of the equipment.  This is also when we started having unexplained interference in our microphones that we had never heard before. After things calmed down, we took to the upstairs with Sonny and the senses and sensors started going off. That was about as exciting as it got with Sonny.

Once we were left alone to explore for the evening, not much happened at first. Little did we know that EVPs we’re being picked up around us and they were some pretty random ones, like “Grab me a beer” and then spooky ones like, “Save us”.

Then around one in the morning, we actually started hearing things. First I heard a sound that at first was like a sort, or cat coughing or maybe even something growling at us, that made us freeze in our tracks.

That’s when we decided to head up stairs and that wasn’t a good idea. As soon as Donnie my photographer and I reached the top stairs, we both heard an EVP say something. When we reviewed the recording, it could be heard saying “Grab their hair!”.. 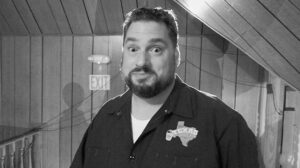 At that point, I was ready to head out while my photographer Donnie wanted to stay. During our discussion as to if we had enough to tell the story, we both heard a voice that startled us. The cameras didn’t pick it up but we both heard it, “Get out,” and it came from Toby’s room. And at that point, we were good. “I run, I’m not going to lie. I run, I run screaming,” said Kathy.

Donnie and I did our best to debunk this and so do Kathy and Sonny.  Every investigation is checked for authenticity. “We go through our cameras and we go through everything and we watch them. We zoom in on them. We make sure that they’re not doing it. That no one else is doing it. If we do see that someone is making up things in the house for a YouTube or TikTok and we catch them faking things, we will not promote them. We will not share their videos as evidence. And we will also not allow them to return to the house,” explained Kathy.

“We take this very seriously and it’s not something to be faked, that this is to us as research and like science, we take it very seriously. And people that play around for fortune and fame, we don’t appreciate those kinds of people coming here,” said Kathy.

So if you seriously want a spooky experience to check off The Texas Bucket List, why not talk with folks that have already kicked it in this very creepy old house.  “People love this place. This place is big. It’s a hit because people love it because it’s real,” stated Kathy.