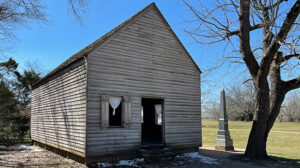 Washington – During the month of March, bluebonnets are a big deal along the rolling hills of Washington County. But if walking around wildflowers isn’t your forte, you’ll also find a historic site to Texas here that helped create a country.  “This place is significant for a lot of reasons, but it really is where Texas became Texas,” stated Jonathon Failor.

Failor is the site manager at Washington-On-The-Brazos and since 2012, Jonathan has been telling the crucial story of what happened here in 1836 and it’s a topic that really takes to Texan’s hearts.“We think about that Texas mystique, that Texas swag. Where does that come from? Does it just rise up out of the ground? Is it just part of who Texans are,” said Jonathon.

Now Washington-On-The-Brazos isn’t just the site where Texas signed the Declaration of Independence from Mexico, this is 300 acres filled with Lone Star State lineage. From the Barrington Plantation where you’ll find the home of Anson Jones, the last president of Texas to the Star of the Republic Museum where you can find a fine flag that’s full of history. “For such an iconic item… the Lone Star flag is everywhere and it’s something that holds great significance to Texans… to have one that can be documented to the Republic period and be perhaps the only one is pretty significant,” expressed Jonathon. 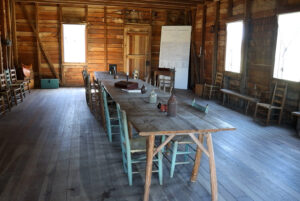 Now the reason all of this is here has to do with a town that doesn’t really exist anymore. Washington was simply a safe place to hold a political convention during a time of uprising in Texas.  “In March of 1836, the convention was looking for a place to meet that was centrally located for most of the delegates coming from all over the eastern part of Texas, the different districts and municipalities. They needed a place that was easy to get to, so it needed to be on a well-established road and it needed to be relatively safe. The building wasn’t done being built. It had no glass in the windows. It had no heating source, but it was a large building that could house 60 plus individuals for a political convention to declare Texas’s independence from Mexico. The convention was officially called to order on March 1st, 1836. On March 2nd, they had already passed a Declaration of Independence and signed it,” explained Jonathon. 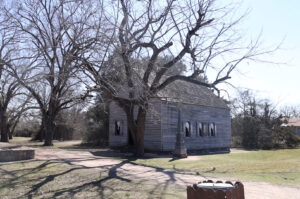 That signed Declaration now sits in the Texas State Archives in Austin. But the site where those 59 delegates came to declare independence will always remain in Washington-On-The-Brazos. “This is Independence Hall, a replica of the building where they met in 1836 to declare Texas independence, draft a constitution, and form the first government of the Republic,” explained on-site educator Adam Arnold.

The building that saw that historic time in Texas history is long gone but for some reason, being in the same spot where Sam Houston, Lorenzo de Zavala, Thomas Jefferson Rusk, Jose Antonio Navarro, George Childress and 55 others made Texas, Texas brings chills to proud Texans. “I’ve had people come in here, hear our story, and actually start crying. There’s just something about being where one of the most important moments in any country’s history took place and being able to feel that connection.  It’s great to get to see people connect and come alive with it,” expressed Arnold.