Magnolia – If you find yourself traveling between Houston and College Station, we have a gem of a stop for you. The Eden Café has been satisfying hungry souls since 2006 and it is well worth a stop on The Texas Bucket List. 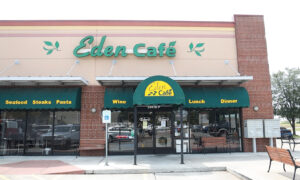 Ulises Larramendi and his wife, Maria, own Eden Café and they strive to have a wide variety of selections on the menu.

“It’s an international café,” owner Ulises Larramendi said. “My wife (Maria) and I wanted four people to sit at a table. One has a burger, one has Fettuccine Alfredo, the other is eating a Cuban dish and the other one is eating fish tacos. It’s completely international and everybody is enjoying their experience.”

Larramendi was born and raised in Cuba and when his family left the communist country in 1971 to live in Europe.

“There’s only one way to get out of Cuba and that’s on a plane-otherwise you had to leave illegally,” Larramendi said. “The shock was leaving Cuba and getting to Spain and realizing how the rest of the world lived.” 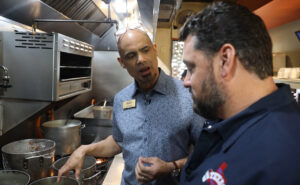 “The country adopted us and its been the best things that’s happened,” Larramendi said. “I thank my dad every day for getting us out of there.”

Ulises started working in the restaurant business at young age, first with the famous Pappas family who gave him some firm advice. 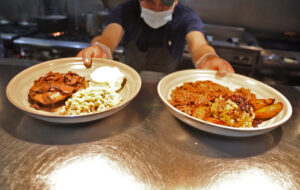 “They took me in, they taught me the business,” Larramendi said. “They said, “Until you get a piece of paper, we’re not going to take you seriously,” because I was dragging that out. I went through a little bit longer than a four-year program because I was already working, tending bar, managing, and I thought-this is it-I don’t need to go to college. But, they made sure that I finished which I’m thankful for.”

He continued his career with Carrabba’s, and was the general manager at a steakhouse in Puerto Rico when he finally decided to come home to Houston and open his own restaurant with his wife.

“My wife and I were brainstorming about a name and Eden reflected not only our beliefs, but also a fresh start-a new beginning for us.” Larramendi said. 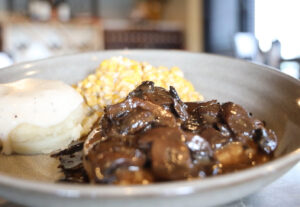 He quickly immersed himself in the community, acting for a local Christian movie production company and supporting local military and police officers.

“My wife and I put out a thing about feeding the blue and taking care of our officers and bringing them in here to eat. Everybody in the community started calling and donating gift cards to pay for their meal,” Larramendi said.

While his charitable spirit attracts patrons, it’s the food that keeps them coming back for more. 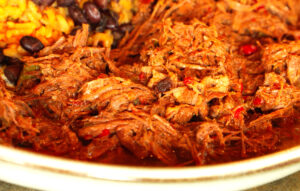 While we were at the restaurant we got to taste the Chicken Marsala, which has been Eden Café’s number one selling dish since it opened. The chicken is so tender, you won’t need a fork and it melts in your mouth. The other dish featured-Ropa Vieja, a very traditional Latin American dish. It’s shredded pot roast mixed with wine, tomatoes, bell peppers, onions and garlic. Both were delicious.

Finding a restaurant with so many incredible entrees is hard to do, because it takes so much time and preparation to make them. But that’s what you get at Eden Café.