Houston – As brick-and-mortar stores continue to struggle across the state, many of these monstrous buildings remain empty as online shopping has become the norm.  But on the west side of Houston, they’ve figured out a unique way to transform a tremendous amount of retail space into something we’ve never seen before called Seismique. “Seismic means groundbreaking, earth shattering, and as you can see, everything we do is with a twist. Seismique with a Q-E-U is seismic groundbreaking with a twist,” said Josh Corley. 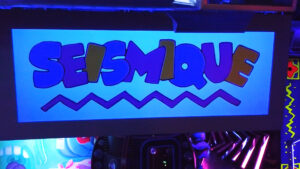 Josh and Steve Kopelman partnered up to put together this one of a kind attraction and it’s a far cry from Josh’s Chemical Engineering degree he earned at Texas A&M.  “It wasn’t for me. It was a great learning experience. It was a lot of fun, met a lot of great people. It was very difficult, but it wasn’t for me, ultimately, no.” This seems a lot more fun. “It’s a lot more fun. And I get to see the people, some of the work that I’ve done, I get to be around them, and I get to see the smiles on people’s faces,” explained Josh. 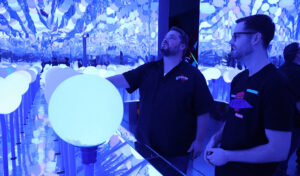 When people walk in here, Josh hears the same thing over and over. “Where are we? What the heck is this place,” quoted Josh. “We started noticing that there was an entirely different genre of art that we see emerging. It’s interactive and immersive. Something that totally removes the velvet rope or the glass case from the Mona Lisa and invites you to be actually part of the art and influence the art,”said Josh. “We didn’t see there was any kind of institution, any kind of museum, any kind of anything else serving that and bringing that together. So we said, “Why not us?’,” explained Josh. 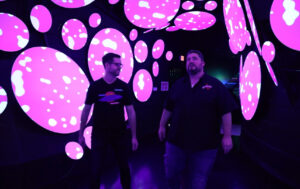 Over 50 craftspeople, artists and technologists worked on this 40,000 square foot space to create this display that feels like you’re in another dimension. “What you see here is almost out of the artist’s minds themselves with a little bit of creative back and forth with Steve and I, just to make sure that it can be realized in a proper way,” expressed Josh.

“We’re walking now into what’s called Brainwasher. Brainwasher, it’s an exhibit done by an artist named Joshua Jest. There are over 200 screens here being projected onto. Everywhere, left, right, up, down, and it’s coordinated with the music, so you can dance in here, there’s a beat to it,” said Josh.

But some exhibits require full faith that the technology will work in tune with the display. 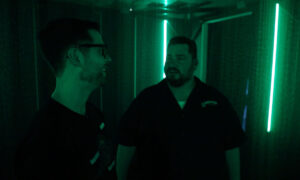 “We’re going into Acid Rain. We’re actually walking in a room with rain pouring down everywhere. Yeah, it’s constantly raining everywhere around you, except for where you stand. If you ever wanted a Houston shower, but you didn’t want to actually get wet, this is the spot to be,” explained Josh.

Of course after such a trippy trip, you have to calm things down, and fortunately there’s a room for that too. “Now, we’re walking through what’s called Eden. Yeah, we’ve got Beatles playing. It’s a relaxing environment. And if you can’t tell, it’s inspired by the movie Avatar. We’ve got benches to sit on. One of the only places you can actually sit in all of Seismique, that’s not in the lobby, and you can just sit and reflect back on everything you’ve seen here, because it’s a wild space in and of itself,” said Josh. 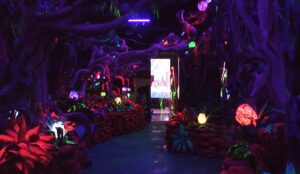 So if you’re looking for one of the most unique art displays in the whole darn state, trust me you’ll be in a trance with a trip to Sismique  and it is off the scale on The Texas Bucket List. “There’s no other place like this, not only in Texas, but in the whole world. It’s one of a kind,” expressed Josh.