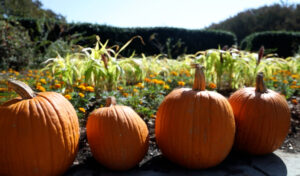 Dallas – When the calendar rolls around to October and the chill of the first cold front hits our state, it doesn’t take long for Texans to take things outside to enjoy the crisp air from up north. But if you live in a big city like Big D, finding the perfect stop to enjoy the refreshing revision in the weather could be a bit of a conundrum and fortunately, we found a good place to start.  The Dallas Arboretum.

Rick Williams, a volunteer at the Dallas Arboretum gave us a tour of the oasis and he was excited to showcase this slice of serene scenery in the middle of the city.  “Well I’ve always had an interest in horticulture,” said Rick. 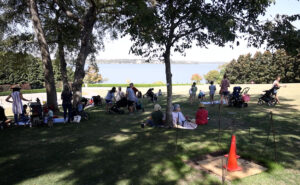 Rick enjoys volunteering out here so much, he took time to earn a degree in horticulture during his retirement. “Now all I do is play golf, play with the grandkids, and volunteer at the arboretum so life is good,” expressed Rick.

We took a tour of the spacious greenery and saw White Rock Lake with the fantastic Dallas building skyline in the background. “It’s an area that has lots of asphalt and buildings and stuff so it’s definitely a place to get away, breathe fresh air and enjoy the outdoors,” explained Rick. 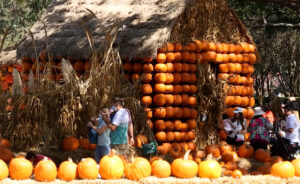 Situated on 66 acres, the Dallas Arboretum is a haven from the heavy traffic around the metroplex, and here the hue is heightened. “Unlike a lot of arboretums, which are pretty much just trees, shrubs, and a few flowerbeds, we specialize in color,” said Rick.

But when it comes to the festive orange splendor that we look forward to during the fall, the Arboretum goes above and beyond. Known as the Pumpkin Village, this annual tradition has been going since 2005. It takes 90,000 pumpkins to create this fairytale land faithful to fall, and it’s an eye full. “We have three different pumpkin houses with a whole variety pack of pumpkins, we have some squashes and gourds. I always thought pumpkins were orange but fool that I was, turns out we have white ones, and ones with stripes so you get a whole variety pack around here,” explained Rick. 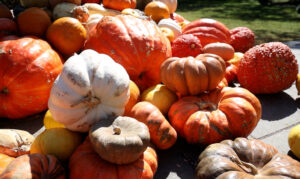 Seeing such a diverse and colorful pumpkin patch brings out a bunch of people and they usually have one thing on their mind, pictures. “Well it’s a great place for family pictures you’ll see tons of folks out here taking pictures. They come down here by the ton so this is a family oriented place if it were one,” said Rick.

While we snapped some colorful photos for our social media feed, Rick doesn’t really get into that too much. “No, I try to keep my life simple, golf, the grandkids, then the arboretum. I don’t want to worry about that,” said Rick.

Of course, it doesn’t take posting your pictures to get a positive experience out at the Dallas Arboretum. In fact, leaving your phone in the car and just seeing the sights of a seriously silly amount of pumpkins might be the best way to fully experience this haven in the middle of the city. “It’s a great place for families and it does your heart good to see people enjoying themselves down here. This is certainly a wonderful spot to cross off your bucket list,” said Rick.