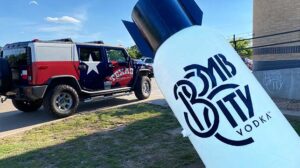 Amarillo – The panhandle of Texas is a part of the state that’s a pretty far drive for most of us. Fortunately, with the Cadillac Ranch, the Big Texan Steakhouse and Palo Duro Canyon in these parts, there’s plenty to see in Amarillo. But one must wash these experiences down the hatch and what better way than with a drink that puts the bomb in Bomb City.  It’s called Bomb City Vodka and it’s a spirit that started when two friends got the entrepreneurial bug for booze, Kyle Michaels and Ryan Barnard.

“I got burned out with mortgage loans after about 13 years. I became a real estate appraiser and this whole time I’ve been buying real estate. I own a lot of rental properties and things like that,” said Kyle Michaels, one of two founders of Bomb City Vodka.

“Kyle and I are kind of problem-solvers and so we just always kind of had a collaborative relationship. Like how do we tackle this,” said Ryan Barnard, the second founder of Bomb City Vodka. 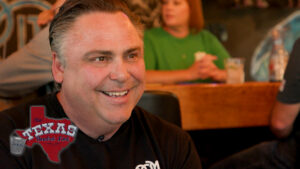 This all started with Kyle watching TV. “I was watching Moonshiners and that looked like fun to me,” stated Kyle. “He just came to me and said, ‘I watched Moonshiners last night. Do you think we could do it?’ He’s like, ‘You’ve got a pharmacy background. You know chemistry. I don’t know of anyone else that may be able to do it.’ And I said, ‘Sure.’”, explained Ryan.

To say Kyle and Ryan are having fun in their fairly new venture might be understatement. Here the glass is always half full. “There are other industries that would not be as fun as owning a distillery, for sure,” said Kyle. 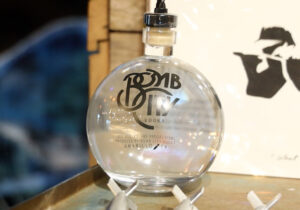 When the idea of starting a distillery dawned on these two, they were in such a rush to become the first business of its kind in the bomb city, they sort of bombed on the paperwork. “I got online and formed an LLC right there at the bar. We formed it all wrong. We’re still trying to fix that,” said Ryan.

Then the old building they bought to house the distillery needed a ton of work. “When I first bought it, I was getting multiple letters from the city wanting to condemn it because it was in really bad shape,” explained Kyle. 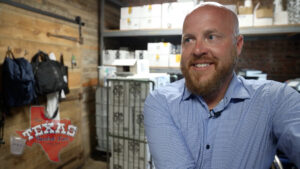 On top of that, when it came to making their vodka that didn’t go so smooth as well. “I went to Ryan’s house, because his wife was way more chill and she wasn’t there. We bought a pot still from China, like a $300 pot still from China. We ended up having flash fires at his house three times. Good thing his wife wasn’t there, but it is kind of dangerous doing that,” joked Kyle. “Like not a fire, just an explosion and your hair on your face is gone. It doesn’t hurt. You don’t know what happened. It’s like a boom in your ear and you’re like whoa. It just blew up again,” explained Ryan.

Eventually they were able to fix up the old building and moved operations to a more professional setting. “My wife on the third one was like, ‘Y’all got to get out. You cannot blow up our kitchen. It’s a brand new kitchen, Ryan’,” joked Ryan.

Thankfully no one was hurt but it took a long time for Kyle and Ryan to perfect their palette for vodka. “We convinced ourselves that it was good, and it was horrible. It was really bad,” said Kyle. “It tasted bad. For a year we didn’t even know we weren’t making vodka. We thought we were making vodka, but it has to be 190 proof to be vodka. Otherwise, it’s moonshine. So we’re making moonshine, calling it vodka, serving it to our friends who are trying not to throw up,” explained Ryan. 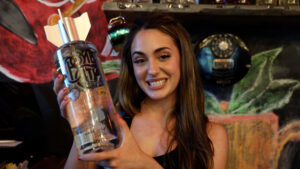 Eventually they started using steamed distilled water and then filtered the vodka through diatomaceous earth. “I do believe that’s one of the keys to our vodka, because no other vodka does that at all or has that,” stated Kyle.

Bartender Lucy Griner is one of their biggest champions and she creates tasty cocktails for us to try. “When I walked in here, the first thing I did was asked for a job. I just thought it was a really cool place,” said Lucy. 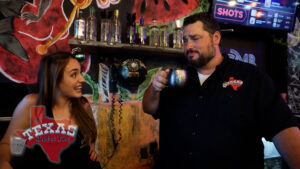 First up is the blue jellyfish, a combination of Vodka, lemonade, simple syrup, blueberry puree and lemon lime soda, and it was delicious. Just like a tasty fruit drink.

The cherry bomb consists of vodka, pineapple juice, orange juice, grenadine, and lemon lime soda. Once again, a very refreshing beverage.  And finally, the Moscow mule.  A great take on the copper cup favorite.  Did I mention all the drinks are the bomb?

Speaking of missing something, if you don’t know why they call Amarillo the Bomb City, it might just blow your mind. “Well, a lot of people don’t realize that Amarillo has the nickname Bomb City because bombs are disassembled here, right? Yes. It’s the only place for nuclear weapons and they do a lot of other really large bombs here as well, too. Big bombs. Big bombs. And you know what? The Pantex people are some of our best customers,” explained Kyle.

So if you’re ready for some strong drinks that definitely explode with flavor, stop by Bomb City Vodka in Amarillo for a few stout libations made right here in the Lone Star State! “Oh, it’s so rewarding. I mean, it was just fun every step of the way,” expressed Ryan.