The Texas Bucket List – The Menger Hotel in San Antonio 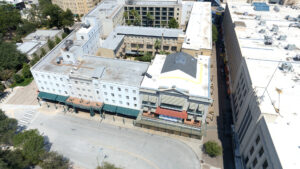 San Antonio – The stories of old San Antonio go back centuries and on some of the most hallowed ground in the whole state, you’ll find the Menger Hotel. This hotel has been a popular place for nearly 200 years.

Garvin O’Neal is the general manager of the hotel that is located right next to the Alamo. He has worked in many prestigious properties across the Lone Star State, but the hospitality industry wasn’t his original plan. “I was in chemical engineering,” said Garvin. “I got a D in calculus my freshman year, so I said, maybe this ain’t for me.”  Garvin also does an amazing Robert De Niro impression and has even been confused for the famous actor! 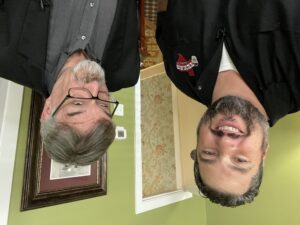 After his long career, Garvin received a call from the Moody family who own the Menger Hotel to take over. Garvin answered, “I’m in… I love this hotel for years. Stayed in this hotel lots and got the Menger. Yeah, it’s a great hotel.” When asked what resonates the most with him about this hotel, he said the sense of history it has.

The Menger Hotel opened in 1859, just 23 years after the fall of the Alamo. It was built by William and Mary Menger who originally built it as a brewery with a boarding house. Ultimately, the Mengers used their profits from that to build one of the finest full-service hotels west of the Mississippi.

The hotel was redesigned around 1909, but the original 1859 lobby has the same bones. Soon after the hotel opening, the restaurant was added. The hotel then underwent more construction to add the east wing because of the large success of the place. 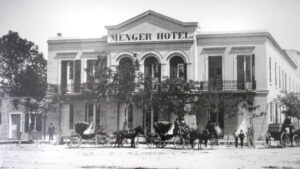 While walking through the hotel, you will still find some of the original furniture the Mengers had a hand in putting in. According to Garvin, “The Mengers went to Europe between the fifties and the seventies to buy great pieces of antique furniture like [the] Steinway. And as you look through the lobby, you see some pieces that are original to the Menger Hotel in the first phase and were purchased by William and Mary on their trips to Europe.”

Many people have stayed at the Menger over the years, including celebrities like Roy Rogers, Babe Ruth, and presidents Grant, Lee, McKinley, Eisenhower, and Clinton. Additionally, several Texas history authors, such as Sidney Lanier and O’Henry, have spent weeks at a time at the Menger. 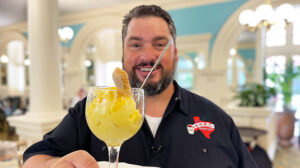 The Colonial Room is one of the most famous areas where people have gathered over the years because of its reputation for serving a tasty treat. This restaurant has become known for its homemade mango ice cream, and let me tell you, it is fantastic!

There is another aspect to the Menger Hotel that is a popular topic – the spooky stories. “I think when it comes to paranormal, it’s the power of suggestions. So people come in thinking, ‘wow, this place is haunted.’ Then you walk the hallways over there and it is wooden floors and they creak, right? They creak and you’re like, ‘wow, that’s weird,” said O’Neal.

One of the most famous spots for hauntings is the King Ranch suite. In this very room and even exact bed, Richard King, the founder of King Ranch, passed away in 1885. Garvin said “it’s also the most requested room in the hotel because people want to go and have Richard King visit. He’s the most popular ghost, apparently, in the hotel.” 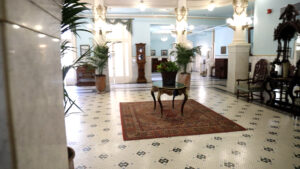 Garvin chalks up the creepy noises and creaks to the hotel’s old age. Although, he did mention he has had one creepy encounter of his own.  “I’ve had one fleeting moment of something very bizarre. I sensed somebody being next to me up there. But I haven’t let it get to my head.”

There is also the Menger Bar which deserves a story of its own! But this time, we only checked in on one of the most storied places to stay in our great state of Texas.

If you’re looking to see and experience Texas history, a stay at the Menger Hotel is a great spot on The Texas Bucket List. Like Garvin says, “If you want to get a sense of culture and go back in time to the late 1800s and get a feel of San Antonio from that perspective, then you probably need to stay at the Menger.”